The main network in which Sergio Mazola is presumed to be involved, is referred in the Italian prosecution documents as the “Zandvoort File”, reveals Jim Cusack of the Irish newspaper “Independent”. The seizure of two million paedo-pornographic images during the “Koala operation”, would thus take its roots in 1988, when Marcel Vervloesem discovered that children broke arm and legs in the isolation cells of a psychiatric institute in Antwerp. The telephone operator of a nearby hospital would pay some of these children to pause for pornographic photographs. The case had led his organisation, the Werkgroep Morkhoven, to the famous “Zandvoort File” in 1998 with 90.081 victims.
In 2002, at the time of the Hamlet operation, Interpol trapped Pascal Taveirne a man from Bruges, exchanging videos where he raped his daughters, with a Danish chiropractor who had a half million files of child pornography. A new pressure of the international police forces will have been necessary so that Taveirne be arrested in August 2006. Australia had just seized a film where he raped one of his daughters, which had been produced and distributed by Sergio Menzola, an Italian man from Ferrare presumed key member of Zandvoort network.In September 2006, eight years had passed since Marcel Vervloesem, in the name of his organisation, had forwarded the Zandvoort file to the King of Belgium and the president of the European Parliament. The Belgian press, who had maintained Taveirn’s arrest secret, announced with drums and trumpets that Marcel Vervloesem was condemned for possession of child pornography, hiding it acted of the Zandvoort file that the King had congratulated him for having found and brought to justice.

Taveirne will be judged in Jaunary with haste, in the complete secrecy. Jim Cusack sees a repetition of the Dutroux case, with the only difference that in Belgium, no one knows the name, the face of Taveirne or the sentence. The Belgian press only talks about “a man from Bruges who would have raped his daughters”, whereas the international press talks of Pascal Taveirn who has been judged for his crimes. Only those who follow this site wonder whether he is not already released for good conduct.

The Council of the European Union had ordered a study on the situation of the sexual exploitation children. The mission had been entrusted to Childfocus who published its work in 2004, without mentioning any of these cases. Delphine Moralis, one of Childfocus directors said: “The Belgian Werkgroep Morkhoven is a group of people who pretend to act against the exploitation of children. They are part of the “believers” who emerged after the affair Dutroux, and who pretend to disclose so called conspiracies and networks of paedophiles”.

This means that the paedophile network Spartacus did not die, said Professor Gagliardi, but is still well present under another name: the monstrous octopus was reproduced with extra tentacles. The plankton appeared in 1988, thus ten years before the Dutroux case, became an octopus of over two million criminal images and whose appetite doubles every year, without the Counsel of the European Union may see it coming.

The work of the international police forces to dismantle the networks and the major role of Michele Coninsx, substitute of the Brussels’s prosecutor of the King in the operation Koala, has recently been very reassuring. It is regrettable that nothing guarantees that the paedo- criminals are not released discreetly by the local judges, like Taveirne was, since they also profit from anonymity.

For all of my travels in Southeast Asia, I always come back to Vietnam. It can be hard to pin down at times, what exactly I love about it. A certain kind of madness and awkward beauty maybe. Its unhinged chaos barely concealed beneath a veneer of wide-eyed youthfulness. The filth, the fun, the fleeting remembrance of recent history. Absolutely mind-bogglingly delicious food. Everything and more really. So it’s always exciting to have an assignment in one of the nation’s major cities. To traipse around with a camera in my hand and a loose agenda and nothing but crowded roads and plates piled high before me. So for now, here are some images taken on assignment with Singapore Airlines, for their inflight magazine. You can see the published story here as well: Ho Chi Minh City’s Hot Neighbourhoods.

As is the case with Israel that bombed and destroyed Gaza, the Saudi military is equipped with billions of dollars in advanced American-made weapons.
Between October 2010 and October 2014, Washington and Riyadh reached more than $90 billion in weapons deals, according to a report published in January by the Congressional Research Service. The sales have included everything from war planes to armored vehicles, along with powerful missiles and bombs.
You almost have to be blind not to see what is happening in the Middle East… 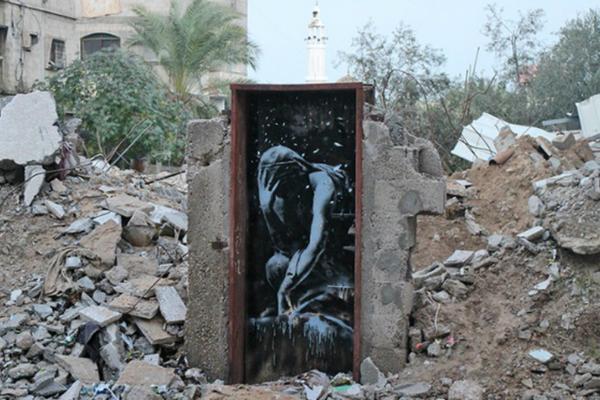